Time out: A tool for you – POPARD
SEARCH
Cart LOGIN

Time out: A tool for you

John’s teacher gives him a “time out” for throwing the ball at another student’s head during a game of dodge ball. He is required to sit on the bench at the side of the gym for the reminder of the game.

Susan’s teacher overhears her swearing at her partner during an assigned project. She directs Susan to a “time out” of 5 minutes in the hallway outside the classroom.

Harold has a meltdown in class, tipping over his desk and yelling. He is escorted to a “time out” room attached to his class where he is expected to remain until he is calm.

What is the purpose of the specific “time out” procedure in each scenario?

In the first two scenarios, it would appear that the teachers hope that the use of time out will teach his or her student to refrain from a particular behaviour.

In the third scenario, the intention seems to be to provide the student with a safe, quiet place to calm down, away from the other students. However, the teacher may hope that using the time out room will also have an impact on reducing Harold’s “tantrum” behaviour.

Can time out, as described above, be expected to change the challenging behaviour? It depends.

Time out, as defined in the field of applied behaviour analysis, is a technique designed to remove the student from the opportunity to access reinforcement.

NOTE: It is the perspective of the student that determines whether or not time out will be effective in a given situation… not the intention of the teacher. In Harold’s situation, the teacher must realize that “time out” used as described is not a strategy designed to change behaviour over time, but is a reactive strategy to manage a difficult situation safely and with dignity.

what if time out isn’t working?

what triggers the behaviours?

What need is getting met by the student when he or she engages in the behaviour? Susan may enjoy the attention she gets by swearing. John might need a break from the game because he finds it difficult to cope and has discovered that he is removed each time he tries to hurt others. Susan may not have a repertoire of more appropriate behaviours to get peer attention. John may not have the personal awareness to know when he needs to request a time out, or the social skills to ask for a time out. When time out isn’t working to change behaviour, we need to think about what we want the student to do instead in those particular situations, and teach those skills.

Best practice is to plan the use of any strategy designed to change behaviour. Use of a generic, one size fits all, time out strategy may work for some of the students, some of the time but when time out is used poorly, it can be ineffective or make problem behaviours worse. It some cases it can humiliate or de-moralize a student. At the very least it removes the student, albeit temporarily, from opportunities to learn new skills. Bottom line, time out should rarely be used as a stand-alone behavioural intervention. Positive behaviour supports that teach and reinforce the expected behaviours should precede and augment any use of time out in a plan to change behaviour.

Time out: A tool for you

Behaviour gets attention but not in a good way

How to reduce wandering 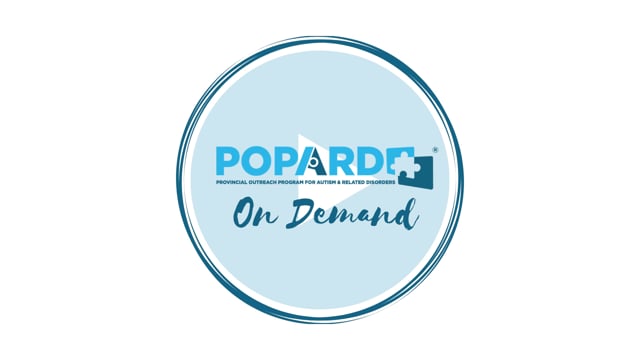 Thank you for your interest in working with us!

To apply for an open position with POPARD, please forward your cover letter and resume to: